In the Epstein family, going to Jewish summer camp offered the children much more than a fun summer. It provided a place to build a positive Jewish identity, memories to last a lifetime, leadership opportunities, and so much more. In honor of his mother, Mimi Epstein z”l, Bill and his wife, Susan, established a Jewish camper scholarship fund to help others from the East Bay have the same life-changing experience at Camp Tawonga.

Bill Epstein describes his mother as “a Jewish pioneer in Contra Costa.” Mimi was a founder and past president of Lafayette’s Temple Isaiah. Since Alamo had very few Jews, Mimi sent Bill and his sister, Judy, to Jewish camp so that they could connect with other Jewish youth from the Bay Area. In fact, Judy met her future husband at Camp Swig.

“At camp, we were exposed to information about Israel, art, music, and dance, and really stimulating Rabbis, artists, and Jewish thinkers. This created a very positive experience about being Jewish in the context of living in nature and having so much fun,” reflected Bill. “My mother saw that there were non-Jewish kids at camp, who also had a positive experience. I think that she really liked that.”

Susan, for whom summer camp in Maine was a deeply formative experience, knows how powerful Bill and his sister’s experiences were at Jewish camp. “Their time at camp was enriching, identity forming, Jewish value-building, and offered community involvement and engagement opportunities at a very pivotal age,” said Susan.

That’s why it was so important to Bill and Susan to send their three sons, Joshua, David, and Daniel (who later worked as camp staff), to Camp Tawonga. There’s even a buzz in the family about their grandchildren going to Camp Tawonga. Until that time comes, Bill hopes that Camp Tawonga will remain an important part of their life, and in the lives of generations to come.

Making a contribution to the Camp Tawonga Camperships Fund will increase the number of campers in need to attend Camp Tawonga. To learn more about contributing to this fund, or about ways you can honor or memorialize a loved one with an endowment at The Jewish Community Foundation of the East Bay, contact Lisa Tabak at lisa@jfed.org to learn more. 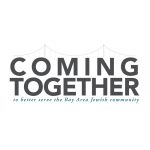