Just as we saw at the Pittsburgh synagogue, this horrific massacre continues the trend of of targeting houses of worship, using immigration and fears of the “other” as a pretext for violence. Yesterday’s attack, which came around the time people were attending the mosques for Friday prayers, was the deadliest in New Zealand’s history.

When Pittsburgh happened, our Muslim community was there to support us, and we are here now to support them. While this tragedy happened thousands of miles away, our hearts go out to the families of the murdered and injured, and we will continue to campaign against extremist hate and violence at home and abroad.

We encourage everyone in our community to reach out to their Muslim neighbors, friends and colleagues in solidarity. And if you’re not sure how best to help, please review San Jose-based Islamic Network Group’s guidance.

The North Peninsula Jewish Community stands in solidarity with our Muslim brothers and sisters here and around the globe to denounce hate and violence in all its forms. Stand in solidarity with our Muslim community 3/15 at 12:15pm at Belmont Sports Complex (550 Island Parkway, Belmont) to show our support as they gather for Friday afternoon prayers. All our welcome to stand together in peace and love.

Oakland – Many community members are attending Friday services (3/15) at the Islamic Cultural Center of Northern California at 1:00pm (1433 Madison Street in Oakland).

Interfaith Vigils – Pacifica Institute plans to hold interfaith vigils on Saturday at 8:00 p.m. in its Sunnyvale and Albany Centers.

WANT TO BE AN ALLY?

Consider supporting the Islamic Networks Group (ING), a national peacemaking organization working through education and interfaith and intercultural engagement to promote mutual understanding and respect among Americans of all religious and cultural backgrounds. ING has online resources about Muslims and Islam to share and Speakers Bureaus around the country. All of services are offered at no charge. 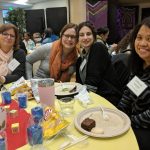 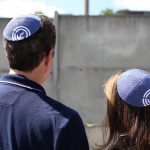