Spirituality and Kabbalah on Birthright

According to Kabbalistic tradition, there are four sacred sites in the land of Israel: Jerusalem, Tiberias, Hebron, and Tzfat. Each of these cities corresponds to a specific element: Jerusalem is fire, representing the destruction of the First and Second Temple; Tiberias is water, given its proximity to the Sea of Galilee (among other, more historical explanations); Hebron is earth, since it is the final resting place of Abraham and Sarah, among other Jewish patriarchs; and Tzfat is air/wind, as the rarified air of the city is said to carry spiritual purity.

Our experience with the Four Holy Cities of Israel was limited to Tzfat and Jerusalem, but it was in Tzfat that we obtained our education in Jewish spirituality in general, and Kabbalah in particular. Jewish tradition has it that there are four levels of understanding, and the spiritual level—that of Kabbalah—is the deepest and most sacred. One can remember these four levels of understanding by the acronym PaRDeS, the Hebrew word for orchard: P stands for pshat (simple understanding), and conveys the rudimentary interpretation that is apparent at first glance; R stands for remez (hint), and conveys a slightly more sophisticated, but still fairly surface-level, form of understanding; D stands for drash (sermon), and implies intellectual or scholarly understanding, and finally S, or sod (secret), conveys an understanding that comes from a gut feeling, essence, or spirit. It is this final form of understanding, through which one touches divinity, that reveals the truth of Kabbalah.

As our guide finished teaching us these basic principles—the Four Holy Cities of Israel and the four levels of understanding (Pardes)—she began to hesitate. “It always makes me nervous to take people here, to Tzfat,” she explained. “This is such a special city, a sacred city, and I want you to feel that—but it’s not something I can give you. You have to experience it for yourself. I hope you do.” And with that, we began to venture into the heart of the city itself, surrounded by the pure air of that mountainous land. 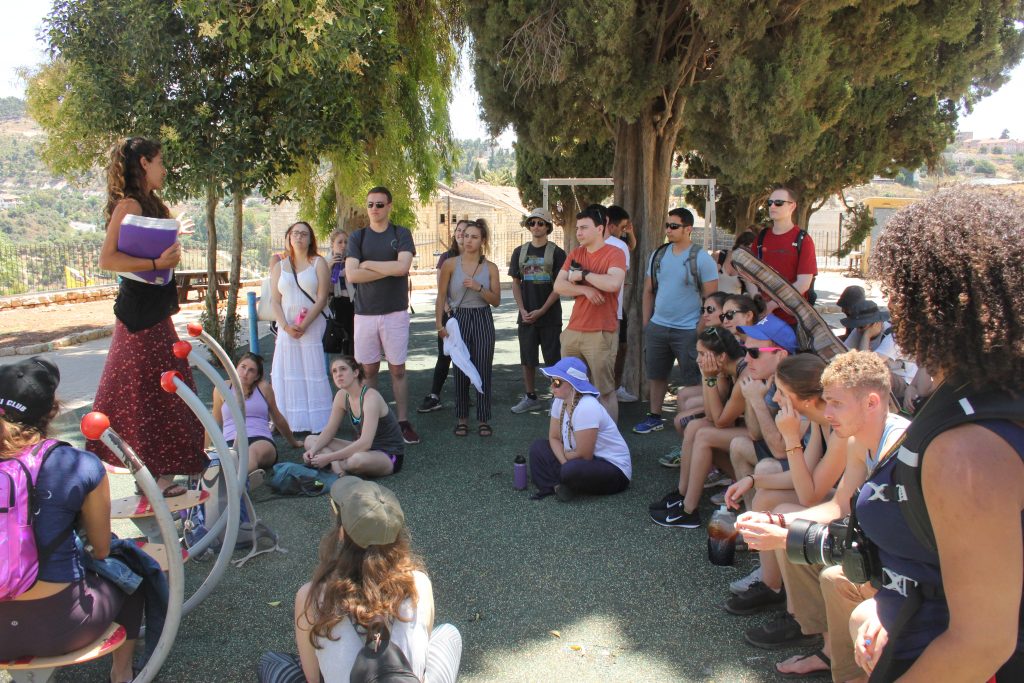 Our first moments in Tzfat, learning about the four levels of understanding (Pardes). Our guide, Chen, is standing at the far left.

Our walk through the narrow streets of Tzfat brought us to David Friedman, an American-born artist specializing in the art of Kabbalah. As Friedman taught us, Kabbalah is a spiritual tradition often unknown to American Jews, who tend to associate Judaism with traditional religious practices rather than the mindfulness practices so commonly linked to Buddhism. In fact, Friedman taught, Jews engaging with Kabbalah often have spiritual practices similar to those of Buddhists, including meditating on God’s name (written as yud-hey-vav-hey and unpronounceable except as a breath of air), or on specific Hebrew letters such as aleph and mem. 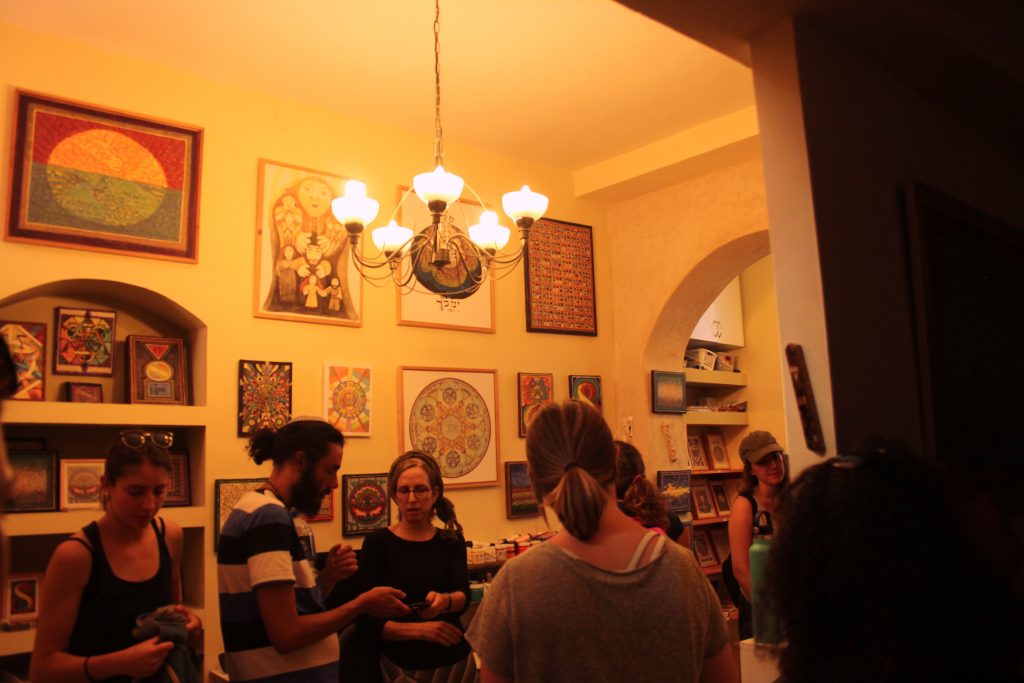 In the art studio, Friedman’s wife (center) chats with AJ, one of our student leaders.

As Friedman acknowledged, Kabbalah—a word meaning “acceptance” or “receiving”—contains some elements that can cause skepticism or doubt even among practicing Jews. For example, Kabbalistic tradition assigns each Hebrew letter a specific numerical value, and views the combination of these values in various words (such as God’s name) as highly significant and indicative of some great spiritual truth—a truth of which many of us on the Birthright program were rather dubious. What does it matter, we wondered, that the value of certain words adds up to eighteen (Chai), a number symbolizing life? But as Friedman reminded us, we can look for connections and find meaning in them even if they are—at the simplest level of understanding— entirely coincidence. To find meaning in happy accidents is, in some sense, a part of any spiritual practice. How do we find patterns and substance in the seemingly chaotic, frenetic nature of everyday life? This quest for understanding, this thirst to uncover the secret hidden beneath a panoply of images, is no mere game; seen from the perspective of Kabbalah, it is a struggle that defines what it is to be human. 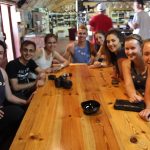 Jewish Identity: A Special Kind of Group MembershipIsrael and Overseas 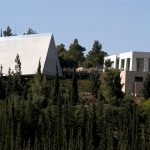