Federation and the East Bay Stand Together Against Hate

As this country reckons with a newly-ascendant Nazi fringe — grimly manifested during the hate rally in Charlottesville that killed three people and left vulnerable communities reeling — East Bay residents of all faiths and backgrounds are taking a stand for the spirit of inclusion that feels increasingly under threat nationwide.

Amidst August’s wave of white supremacist rallies that swept communities across the nation, Federation convened “Standing Together”: two interfaith gatherings, in Oakland and Lafayette, where hundreds of members of the greater East Bay community came together to offer comfort and solidarity to the vulnerable, and to collectively stand for our shared values of acceptance, inclusion, and equality.

As a reporter from j. wrote about the gatherings:

“Beyond the speeches, there was music, including the Oakland Interfaith Gospel Choir, which got everyone out of their chairs and clapping. Cantor Jennie Chabon of Congregation B’nai Tikvah in Walnut Creek and Cantor Leigh Korn of Temple Isaiah sang, as did Rabbi Daniel Stein of Congregation B’nai Shalom in Walnut Creek — with his banjo. Pastor Steve Harms of Peace Lutheran Church in Danville got the crowd to shake their bodies in a good-humored take on a Qigong exercise for releasing tension and getting energy flowing.

Temple Isaiah’s Rabbi Judy Shanks took her moment on stage not to speak, but to encourage others to do so by turning to their neighbors and sharing their stories. The crowd enthusiastically responded, so much so that she had to “shhhh” them several times before they would stop chatting.”

You can read the rest of the article here. And if you’d like to know about future gatherings, or Federation’s response to news affecting our communities, sign up for our newsletter and you’ll always be in the loop. 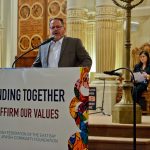 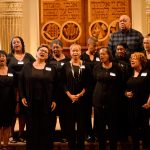 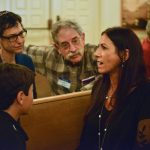 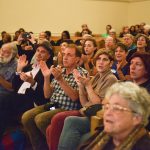 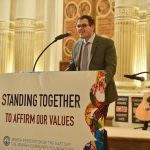 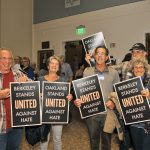 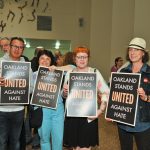 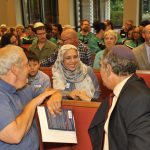 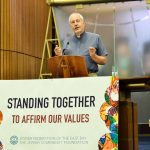 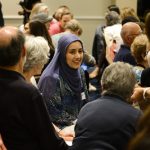 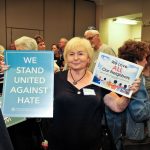 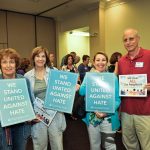 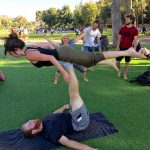 One Week Later: The Impact of BirthrightBuilding, Israel and Overseas 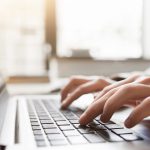