Oleg Salamatov was born in Turkmenistan three years before the Soviet Union dissolved. Although most of his relatives left the country for Israel, Oleg and his mother stayed behind. He grew up living under an authoritarian regime where he was discriminated against for both being Jewish and for speaking Russian. Oleg eventually fled his home country and claimed political asylum in the United States.

While living in Los Angeles, he connected to the local Jewish population and began to learn about Jewish traditions, culture, and lore he missed out on as a result of not having a Jewish upbringing. As his connection to his Jewish heritage grew, so did his desire to go to Israel. As luck would have it, while going to school at UC Berkeley, he found a program in Israel he wanted to sign up for — but as a student, he had trouble covering the program’s cost.

One Google search later, he found out about Federation and Foundation’s financial aid program for students and young adults who want to study in Israel. He applied, got the grant, and packed his bags for Israel. 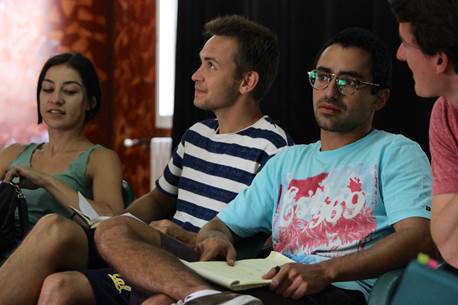 Oleg’s journey to Israel was transformative. He not only reunited with his family — who unsurprisingly had a vastly different Jewish experience than him — he also saw Israel from, as he put it, “a human perspective.”

“It was two different Israels that I perceived before going on the trip,” Oleg said. “It seemed more ‘homelike’ when I read Russian media, which was completely different than the more critical impression I got from Western media.”

Oleg spent an entire summer getting to know Israel’s sights, its institutions, its nightlife, its landscapes, its holy sites, and its people — including Israeli officials, religious leaders, Palestinians, Knesset members, and NGO leaders. After all his experiences throughout Tel Aviv, Haifa, and Jerusalem, Oleg’s impressions of Israel changed completely. 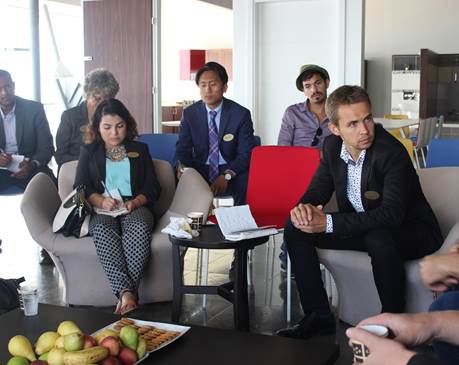 “Now, when I think about [Israeli] culture, I don’t think about the flag, or just some images I had in mind before,” says Oleg. “I now associate Israel with the faces of people I saw on the trip, the people with whom I went on the trip, and with the experiences that I had.”

His most powerful experience? Shabbat at the Kotel, which he described as “very inspiring and uplifting.”

“I was very surprised there were so many Russian Jews, including my compatriots from Ukraine, Moldova, and Belarus,” said Oleg. “Even though they spoke different languages, they were all there and they were all celebrating Shabbat. They were united by the same objective. They were very grateful they were all in one place, by the walls of the Temple. I’d never felt such unity before.”

Now back in the States, Oleg is applying to different graduate programs in Israel so he can experience actually living there. He is profoundly grateful to Federation and Foundation for the grant that made everything possible.

“I thought I would never go to Israel that summer,” said Oleg. “So I’m very grateful and honored to have received [the grant]. Thank you very much for providing this grant to me.”

Federation and Foundation offer grants for teens, college students, and young adults like Oleg to travel and study in Israel. To learn more or apply for a grant, click here. The deadline to apply is Thursday, November 3, 2017. 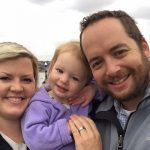 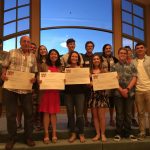