For many years, Tel Aviv Councilman Mickey Gitzin didn’t think about issues like religious freedom. But then he visited the United States, and had a revelation. “I realized that there is actually more than one way to be Jewish,” he said. “And the distinction in Israel, between the secular and the religious, actually pushes people away from their Jewish identity and from their connection to the entire Jewish world.”

Since then, Gitzin founded Israel Hofsheet (“Israel Be Free” in English), a grassroots organization fighting for religious pluralism and a public sphere that’s more inclusive of progressive strains of Judaism – something the Jewish community in the United States takes for granted.

“When you talk about marriage and divorce, for example, you have a million [Jewish] people in Israel who cannot or will not marry through their political institutions,” he says. “So we’re talking about social issues, human rights issues, in many ways.”

So, through a combination of advocacy, training, and alternative solutions, Israel Hofsheet is looking at Israel’s religious sphere and trying it more progressive and accepting of Jews of all manner. This includes everything from pushing for weekend public transportation in Tel Aviv to drafting legal agreements for couples in lieu of official marriage certificates.

In fact, since the organization started holding its own marriage processes, they’ve had a 40% increase in couples marrying through them — 334 to date.

So, why should the American Jewish community support this work? It’s simple: if you’re a Reform or Conservative Jew and make Aliyah, you want Israel Hofsheet advocating for you. “This has major impacts on the Jewish world outside of Israel,” Gitzin says. “Our work is strategically important to the relations between American Jews and Israelis, because if the Jewish understanding or culture of one is not shared by the other, it could have a very negative impact on these relations.”

Federation donors help fund Israel Hofsheet and other programs that improve the lives of thousands of Israeli families. 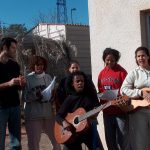 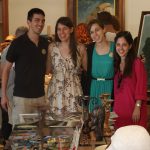