Dror Israel is a true grassroots movement — its mission is to create an equal, just, and democratic society for all people in Israel. Education and mentoring is a huge tool they use to that end; at kibbutzim from Akko in the north to Mizpe Ramon in the far south, its educators help at-risk youth throughout Israel by giving them the skills, support network, and confidence they need to succeed as Israeli citizens.

Dror’s educators have been busy lately. Here are some recent highlights from the ground:

In March, 700 youth from all throughout the movement — including its Arab and Druze branches — participated in Dror’s annual trip to Poland. The trip is a huge deal, as Dror Israel is named after the Polish Dror movement, whose members fought and rebelled against the Nazis in Warsaw before coming to Israel to build kibbutzim.

This year, at a memorial held where the Dror movement’s center in Warsaw once stood, Soujoud Abu Keif — an 18-year-old Bedouin girl who serves in her home village in the Negev — sang the movement’s praises: “The movement has given me so much,” she said. “The opportunity to get to know the girl inside me, to call for peace out loud, to hug girls whose childhood was taken from them. The movement has given me friends that I did not expect to wish well of, the movement has taught me that sadness never lasts and happiness is always around… and that smiling at a person gives them a push forward.”

“Basically, the movement has given me life.”

Another annual tradition, Dror youth also went hiking during Pesach. This year, they introduced two new hikes: first, they took their eighth-graders to the Sderot area, a southern region that has lately suffered due to its proximity to the Gaza Strip. Dror took its kids there — with safety always being their first priority — to show solidarity for the region’s inhabitants and to experience its breathtaking sites.

This year, the movement’s twelfth-graders also headed down to Dror’s urban kibbutz at Mizpe Ramon, way down south, where they explored ways in which a communal, education-driven lifestyle can not only exist, but thrive.

Late April, in the central city of Rehovot, two gay men were beaten by their neighbors in a violent and brutal hate crime. Dror’s educator group in Rehovot — which is involved in a local direct action group called “The Social Justice Community — immediately held a protest at the scene of the crime, and even invited one of the victims to say a few words. Over 100 participants showed up, carrying signs saying “all men are created equal” and “Rehovot says NO to violence.”

Return of the Pop Idols!

Dror Israel is about changing Israel, but it’s also about having fun along the way! The movement counts, among its youth and educators, several talented artists and musicians, including their amazing pop cover band, The Guilty Pleasures. Made of five members from Carmiel, the band has been around for nearly a decade, and each year its productions grow more ambitious. They will be back on stage with their new show, “30 Pop,” a nod to how much older (and wiser) they are. People from all over Israel are attending.

Federation donors help fund Dror Israel and other programs that improve the lives of thousands of Israeli youth. 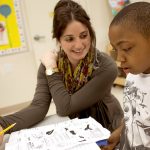 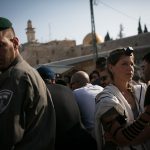